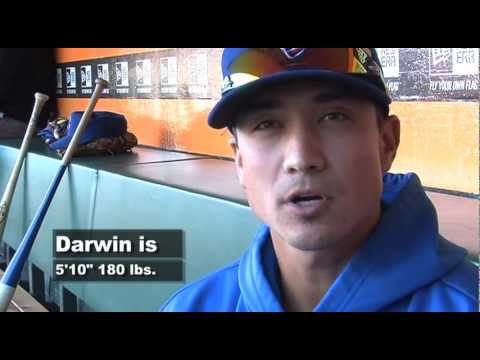 Sportscaster Rick Quan continues his series profiling Asian American sports stars. Previously, he did pieces on Jeremy Lin, Rex Walters, and Apolo Ohno. His latest work focuses on the Chicago Cubs starting second baseman Darwin Barney. The baseball player is 1/4 Korean and 1/4 Japanese. After just one full season in the major leagues, Darwin Barney is already starting to make his mark with his team. In this profile, he talks about his Asian American background, his love for baseball and his musical talent. His athletic prowess was with his since childhood. Follow his career through college to the big leagues.