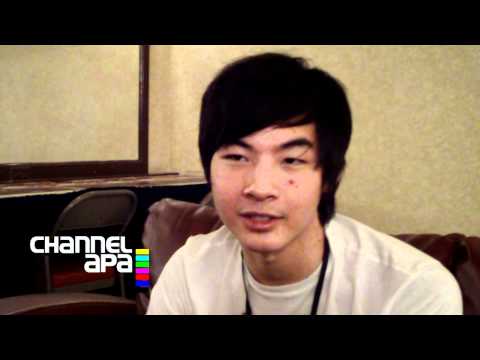 Recently at 2011 ISA SF, channelAPA.com had a chance to sit down with Kevin Wu (aka KevJumba). We talked to him about his evolving career in entertainment. Although he’s known for his YouTube videos, he has quickly broadened his experience outside of Youtube with various projects like TV reality show Amazing Race, indie film Rock Jocks, and web series Funemployed. In addition to video, Kevin has also been part of several parody/comedy songs like Nice Guys, Shed a Tear, and Dance to This Song. Is music in his career path? We also chat with him about the new crew YTF, designed to enforce that your dreams can come true with his fellow YouTube Friends.

Watch the interview below and stay til the end for some shocking footage with Far East Movement, Wong Fu Productions, and Pikachu.