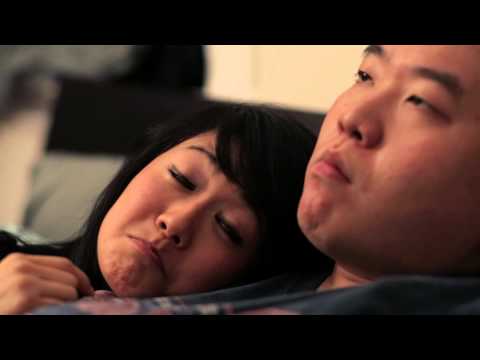 Gender roles are reversed in David So x Julie Zhan‘s new short “Don’t be a fool…”. When the two have sex and someone gets pregnant, the couple struggles with the ramifications of their actions. It’s all fun and games until someone gets knocked up. How will they get ready for the new baby? Previously the duo did the short The Last Resort. 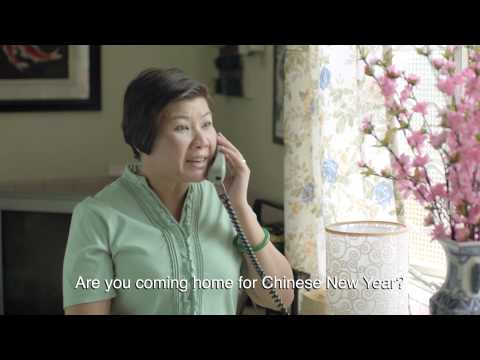 No matter how big or small our families are, it is important to share quality time and make priceless memories with them. This Chinese New Year, let’s try to remember that it’s not so much about the feast, but more about the precious time we spend together with our families. Put A Smile On Your Parents Face for your family reunion dinner. Go Home: Word.

Fred T. Korematsu was a national civil rights hero. In 1942, at the age of 23, he refused to go to the government’s incarceration camps for Japanese Americans. After he was arrested and convicted of defying the government’s order, he appealed his case all the way to the Supreme Court. In 1944, the Supreme Court ruled against him, arguing that the incarceration was justified due to military necessity.

In 1983, Professor Peter Irons, a legal historian, together with researcher Aiko Herzig-Yoshinaga, discovered key documents that government intelligence agencies had hidden from the Supreme Court in 1944. The documents consistently showed that Japanese Americans had committed no acts of treason to justify mass incarceration. With this new evidence, a legal team of mostly Japanese American attorneys re-opened Korematsu’s 40 year-old case on the basis of government misconduct. On November 10, 1983, Korematsu’s conviction was overturned in a federal court in San Francisco. It was a pivotal moment in civil rights history.

Korematsu remained an activist throughout his life. In 1998, he received the Presidential Medal of Freedom, the nation’s highest civilian honor, from President Bill Clinton. In 2010, the state of California passed the Fred Korematsu Day bill, making January 30 the first day in the US named after an Asian American. Korematsu’s growing legacy continues to inspire people of all backgrounds and demonstrates the importance of speaking up to fight injustice.

In an effort to increase the turnout for South Asian and educate people on this election, a group of actors and comedians came together for the 14th annual Desi Spelling Bee. Among the participants are Kosha Patel, Sunkrish Bala, Parvesh Cheena, Karthik Srinivasan, Sonal Shah, and Pia Shah. Not only do they compete in the spelling bee, but they also educate you on the words like swing voter, suppression, undecided, ignored, caucus, and community. Theses words all play in important factor in the 2012 election. Your vote can make a difference. Spell check this: According to the 2010 census there are 3.4 million South Asians living in the US. This message doesn’t apply just to Desi voters. Bee a Winner. VOTE!

Here’s more voting PSAs: Wake up the Asian American vote in North Carolina, Muslims NOT Allowed to Vote?, (Don’t) VOTE #TakeAction PSA, Get out the Vote, 10 minutes with Aziz Ansari and Kal Penn, Reel in the Vote with Preschoolers, Officer Bart Kwan wants you to vote, Reel in the Vote with Randall Park, Embrace Your Power with Kelly Hu and George Takei, Power of the Swing Vote.

TEASE (To Encourage A Safe Environment) is a new project from rapper Lil Crazed and his crew centered on the belief that all kids deserve a safe environment free from bullying and teasing. Through the power of social media they hope to reach kids, parents, teachers, and coaches. Encouraging them to help prevent bullying and teasing. Everyone plays a role in putting an end to the bullying and the tragedies that it can lead too but they can’t do it without you. October is National Bullying Prevention Month and October 10th is Unity Day. Lil Crazed and his crews plan to spread the video all month long with the support of their fans,friends, family, news media and social media.

The basis of their project is a song written and recorded by artist Lil Crazed along with a short film. The song “Tick Tock” has been released with all profits from the sales donated to PACERʼs National Bullying Prevention Center, an organization we are working with to try and make a difference for these kids. You can get the track on

Every day in America 160,000 kids stay home from school because theyʼre afraid of being bullied. These children are much more likely to develop depression and anxiety. For too long, bullying has been considered a “rite of passage”. PACERʼs goal is to change the culture so that bullying is no longer acceptable in our society. Remember the end of bullying begins with you!

Please support the camapign by linking people to the video through your social media channels. Any amount of tweets, posts, and videos will help in supporting the message. 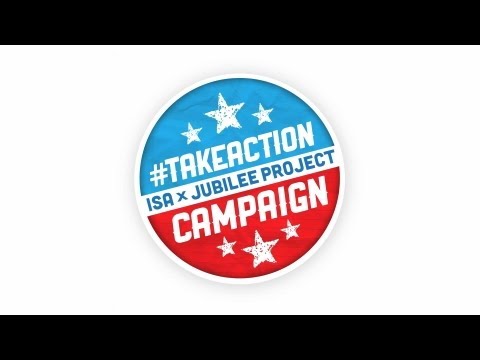 There are approximately 18 million Asians and Pacific Islanders in the United States and in 2008, only 55% of Asian American citizens of voting age registered to vote (the lowest rate of all races). This is perhaps the most important election, and it’s important for the community to Take Action. To encourage young people to register, they are raffling three autographed “(Don’t) VOTE” Scripts, autographed by everyone in the video.

To win an autographed script:
1. Register to vote here by September 25, 2012
2. Tweet your pledge to vote in the upcoming elections, and include in your tweet: “@JubileeProject @ISAtvOfficial #TakeAction18mr.org”
The Jubilee Project and ISA will choose three random winners to receive the signed script by September 26, 2012.