Far East Movement, the phenomenon that exploded on the American music scene and broke barriers is coming to Macy’s! The group is the face of Macy’s Asian Pacific American Heritage Month celebration. They’ll be dropping by stores across the country to give a live performance and chat about how their culture has influenced their musical style. Come meet them at your local Macy’s! Don’t miss the excitment! they’ll be celebrating Asian Pacific American Heritage Month all month long at a Macy’s near you. Come be a part of the movement and experience Far East Movement in their very own Macy’s listening party where they’ll perform their latest music!

Turn Up the Love by Far East Movement

More about Far East Movement
Raised in Downtown Los Angeles, Cherrytree recording group Far East Movement (Kev Nish, Prohgress, J-Splif, and DJ Virman) embody the pulse of contemporary LA. They paid their dues at local clubs, expanding their fan base until they became city-wide stars in the wake of their first LA chart-topping pop hit, “Girls on the Dance Floor.” They made history on their debut album Free Wired when 2010’s multi-platinum selling single “Like a G6” became the first #1 Billboard Hot 100 song ever achieved by an Asian-American group. And followed with another Billboard Top 10 smash “Rocketeer.” Their sophomore album Dirty Bass features the international smash “Live My Life,” an anthemic all-night dance party featuring Justin Bieber, that reached Top 20 on Billboard and #2 on iTunes almost instantly. Their latest Dirty Bass single “Turn Up The Love” hit Top 10 in 10 countries and achieved over 50 million views on VEVO/YouTube.

On Monday, April 29th, 2013 the 14th annual Newport Beach Film Festival will present its Asian Showcase, an evening celebration of Asian cinema and culture. The event will feature premiere screenings of acclaimed Asian films, followed by a festive post screening gala. Representing Japan, Korea and China, the Asian Showcase will give filmgoers an opportunity to experience Asian film and culture at its finest. The Asian Showcase will feature the Regional Premieres of Key of Life as the Japanese Spotlight, A Werewolf Boy as the Korean Spotlight, and One Mile Above as the Chinese Spotlight.

Key of Life is a highly comedic tale of a down-and-out actor who decides to take over someone else’s life — only to find himself filling the shoes of an elite assassin.

The mega-blockbuster from Korea, A Werewolf Boy, follows an elderly South Korean woman as she reflects on the time when her family took in a feral boy whose fierce loyalty resulted in a painful sacrifice. The film stars, Song Joong-Ki, Park Bo-young, and Yoo Yeon-seok.

The multi-award winning film, One Mile Above, is the inspiring and true tale of a young man who picks up his late brother’s challenge of cycling to the highest point in Tibet. The emotional power of the film is matched by the stunning beauty of the Tibetan landscape.

Attendees can choose one of the three Showcase films and participate in the after gala event.

The post-screening celebration will take place at the Koi Pond Courtyard in the center of Fashion Island. The event will included select tastings from top Orange County restaurants, traditional entertainment as well as multiple DJs. Hosted bar by Stella Artois Beer and Absolut Vodka. Select Fashion Island Retail Partners will offer special in-store promotions and entertainment. Admission to an Asian Showcase film and the post party is $40.00. For ticket and information and updates, go here.

One Mile Above (Kora) trailer 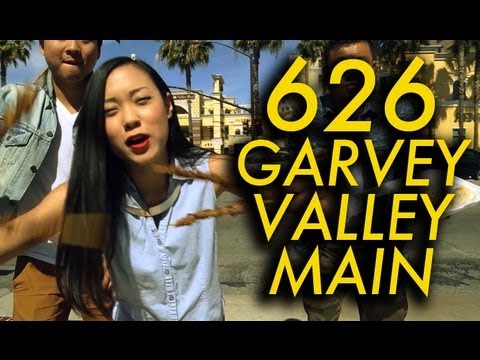 The Fung Bros x Priscilla Liang team up to show their love for the 626 in their single “Garvey, Valley, Main, Huntington”. At each area of the 626, they show you a little taste of the local flavor. With every city having it’s own identity, they shed some light from their perspective. You can download the track FREE here.

I’m gonna get noodles
Only got ten dollars in my pocket
I, I’m on Garvey, Yeah i’m kinda starving
This is really awesome

Walk up on Garvey like “Whoa – is this Chinatown?”
The new Chinatown not the old Chinatown
Immigrant drivers, be careful when you ride around
Crooked in the lane, you can catch em’ swerving outta bounds
You can’t find this mix anywhere on the planet
Canto’s the language, lil Viet en Spanish
But almost everyone speaks Mandariiiin
Cuz all the Mainland Chinese are movin iiiin (DONGBEI!)
If you like a good deal, you gotta know this avenue
You go to JJ’s en you don’t even like the foood!
mom and pops shops like holes in the wall
grannies withhgrand kids, call em paw paws
from chiu chow noodles to the pho in El Monte
you know the waitress’ll remind you of your auntie
the streets packed so you know it’s a community
Hard-working people just looking for opportunity
Posted up on Garfield, watchin people pass
They say its Kinda ghetto, I just call it working class!

I’m gonna get some noms
Only got 10 dollars in my pocket
I, I’m on Valley, so many restaurants
This is really awesome
x2

What chu know about three hundred Asian restaurants?
So many different types you’d never pick a best one
You could Yelp for years, get help from peers
And you’ll still miss a tasty spot..(*tear*)
Valley in Alhambra’s full of banks from the Far East
so many banks you could call it Asian Wallstreet
Yeaaaahh, I don’t need a girl from The Valley
I just need a girl who knows her way around Valley!
two meals plus dessert got you feelin like a fatty
the most famous Asian food street in Cali
New Ave to Del Mar that’s Little Mainland
Drive by the Hilton en you better have patience
Maaan They say Asians are smart!
We have 80 thousand dollar cars and dunno how to park

Now we on Main, it’s so multi-grain
With major chains, it’s kinda nice for a change
Cuz this is America sometimes I needa burger
And sometimes I wanna speak English to my server
Alhambras version of old town Pasadena!
Except not as clean and little bit cheaper
Now it’s Las Tunas, it’s back to bein Asian
But the Asians speak English and there’s more caucasians
new developments, Las Tunas getting busy
And if you gettin married? Downtown Temple City!
“temple city… nice people”
“Lets keep goin north though” “aight”
Now we rollin through Huntington, roads so wide
Old money, new money that’s the diviiide
Asian stuff popping up, it’s a matter of time
Before this street’s looking like San Marino High!
For most people it’s just a street to the mall
But in a way it’s the most powerful street of em all 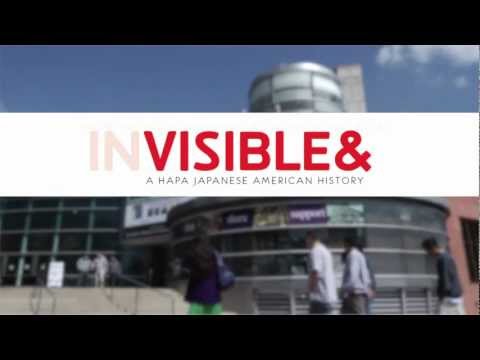 From April 2-6, 2013, Hapa Japan will be celebrating the emerging global HAPA community through concerts, exhibits, comedy nights, film screenings, and academic conference in Los Angeles! Featuring musicians like YouTube sensations, Kina Grannis and Justin Nozuka, writers like American Book Award-winners Ruth Ozeki and Sesshu Foster, comedians like KT Tatara and Dan Nainan, film directors who will be screening the LA premier of Hafu: The Mixed Race Experience of Japan, and scholars from Stanford, Kyoto University, UCLA, and USC, the 5-Day Festival is free and open to the public.

In Japan, a country known for its homogeneity, one in twenty-five babies born today has a non-Japanese parent. And in America, according to the 2010 U.S. Census, nearly half of all Japanese Americans also identify as multiracial. Well before the next census in 2020, the majority of the Japanese American community will be mixed race. In an increasingly global age, “Hapa Japanese” individuals, or mixed roots and mixed race persons of Japanese ancestry, live around the world!

In honor of Asian Pacific American Heritage Month, the 2012 APAHM tour returns. The much anticipated national APAHM Concert Tour casts the spotlight on none other than Korean-American superstar, Jay Park. The tour will make stops in Washington DC, New York, San Francisco and Los Angeles. Considered by many as a pioneering music artist, Jay Park is a multi-talented entertainer known for his vocals, song-writing, dancing and acting skills. With a growing fan base that crosses global boundaries, Jay Park is also known for his charismatic and confident personality, making him one of the most popular and admired artists of this generation.

Asian American artist will join Jay Park on stage as will. For the East Coast (Washington DC & New York), Dumbfoundead and Viennie V will be the opening acts. For the West Coast (San Francisco & Los Angeles), AJ Rafael and Blush will share the stage with him. Dumbfoundead is one of the first Asian-American hip-hop artists to break the underground hip-hop scene. Viennie V, a rising Asian-American pop singer, is known for her sultry vocals with eye catching music videos. Blush, a five-member Pan-Asian pop group, is known for their #3 Billboard Dance Chart hit, “Undivided feat. Snoop Dogg.” AJ Rafael is best known for his smooth vocals and posting entertaining videos on the web.

If you can’t make it out to the show, don’t worry. You can still meet Jay Park at the following events:

IF you’re in Los Angeles, Lexationships is back for a special one time only show with special guests Flowethics. Here’s the details: